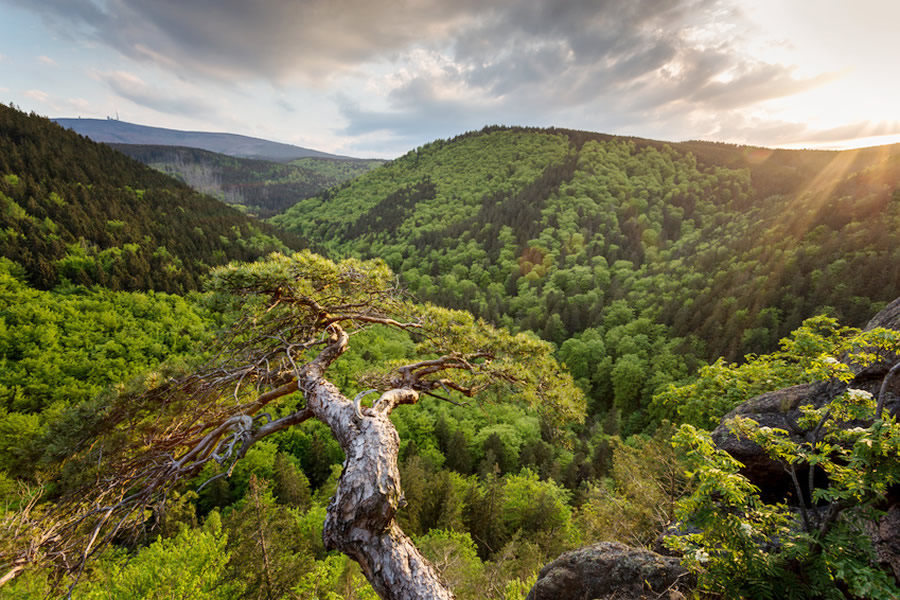 The Harz – Resort for nature lovers, hikers, cyclists and bikers

The Harz, the northernmost German low mountain range, is largely covered by forest areas. In between there are picturesque mountain meadows, rugged rock formations and reservoirs, which were used for trick water extraction or once for the landing gears in the mines. In the popularity scale of the German hiking areas, the Harz is now in fifth place.

With 10,000 kilometres of designated hiking trails, the Harz Mountains are an ideal area for hikers.The hiking trails are designated and maintained by the Harzklub. Just like hikers, cyclists also get their money’s worth here. The mountain roads, which connect the small Harz villages, attract motorcyclists with their many curves. 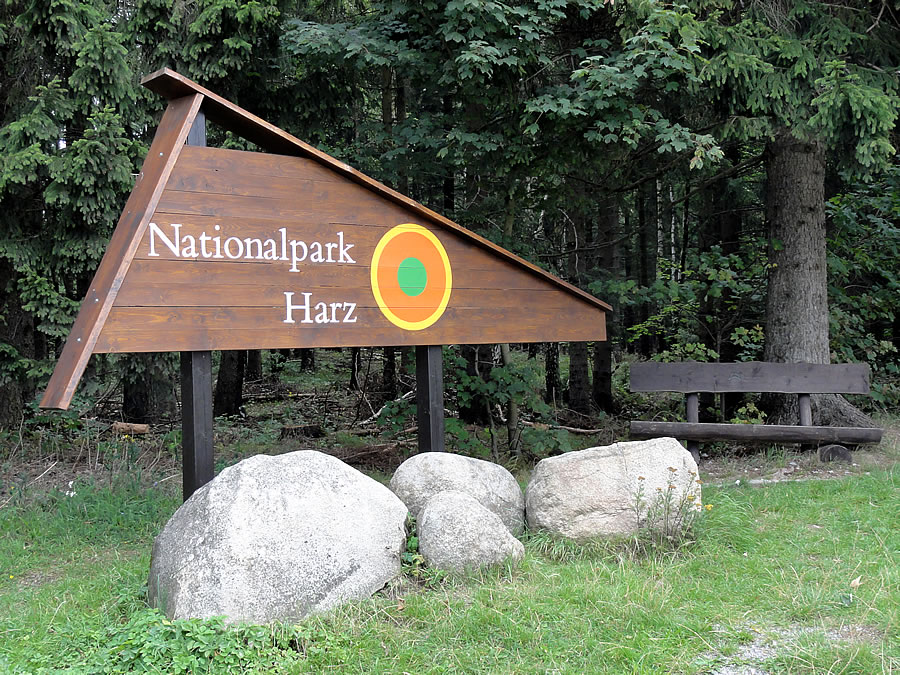 The Harz National Park is one of the largest forest national parks in Germany. With its 247.03 km² (approx. 158 km² in Lower Saxony and 89 km² in Saxony-Anhalt), it covers about ten percent of the total area of the Harz around the Brocken, from Herzberg in the south to Bad Harzburg and Ilsenburg in the north. The park is internationally recognised and part of the European Natura 2000 system of protected areas. About 96 percent of the area is covered by forests, mainly spruce and beech forests. In addition to the extensive forest areas, bogs occupy a prominent position due to their special characteristics. Granite cliffs and mountain streams are also characteristic of the landscape. (Source: wikipedia.org ) 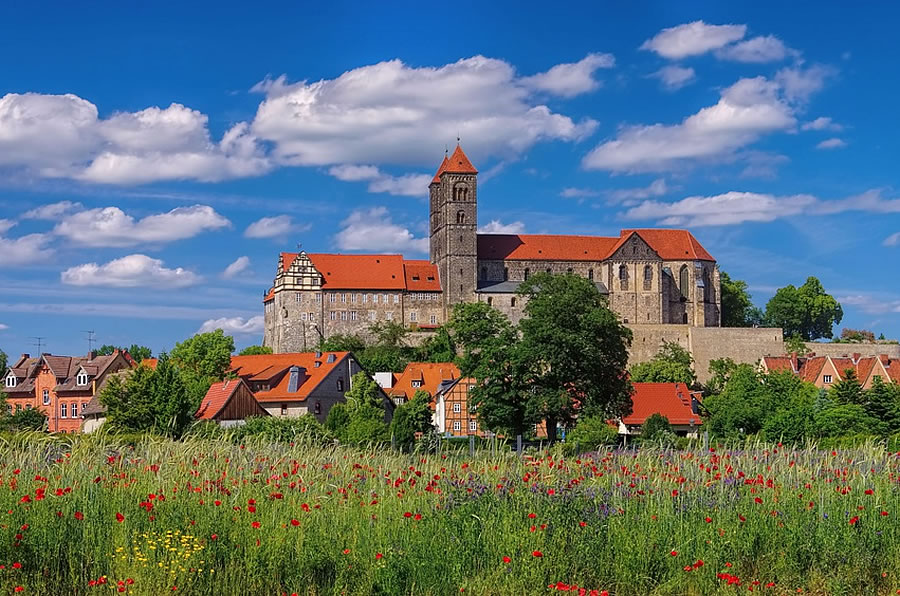 The Harz Mountains are rich in sights and industrial and cultural testimonies of bygone times. Mining once provided prosperity and a certain wealth, which is still reflected in the villages today. In addition, nobles, emperors and kings had discovered the Harz for themselves. They had imperial palaces, castles and palaces built here, which can still be visited today.

Several historical testimonies in the Harz Mountains are UNESCO World Heritage Sites; such as the old town of Goslar and the Rammelsberg ore mine, which can be visited today as a mining museum. After this World Heritage Site was recognized by UNESCO, the “Upper Harz Water Management” was added a few years later. This widely ramified unique system of artificially created reservoirs and moats ensured the management of the mines in the Middle Ages. Along the moats in the Upper Harz you can hike well today and also get to know a piece of Harz history.

The city of Quedlinburg with its more than 1400 half-timbered houses is also a World Heritage Site. The more than 1000-year-old city of Quedlinburg lies on the northeastern edge of the Harz Mountains. The Romanesque buildings, half-timbered houses and villas of the Wilhelminian and Art Nouveau periods tell the history and culture of past eras. From Quedlinburg Castle you can enjoy a unique view over the city, in the collegiate church a treasure from the Crusades can be admired. 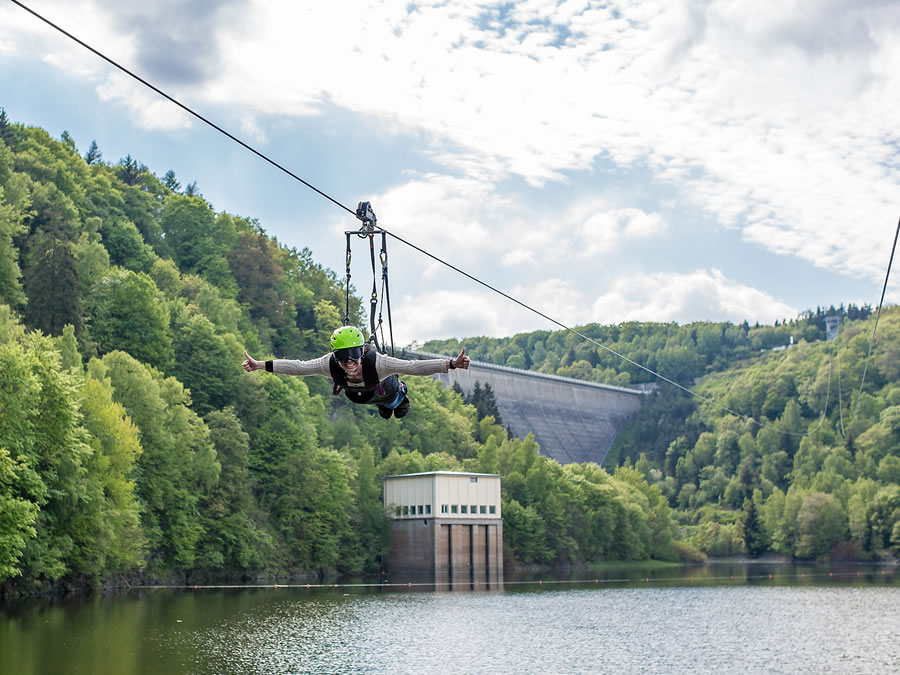 Adventure and action in the Harz Mountains

In addition to leisure activities such as hiking, cycling, mountaineering, bathing in forest baths, attending concerts and festivals, etc., the Harz also offers adventure and action. Especially in recent years, a number of offers have been added here. So you can do “wallrunning” at the dam wall in Wendefurth. The hit there, however, is the “Megazipline”, a steel cable that is stretched across the reservoir. On this you can glide like a vodel flying into the valley. Other offers include Segway tours to the Brocken, rides with a Brocken balloon over the mountains, downhill cross on steep mountain slopes, high forest climbing and much more. In any case, it does not take a long time to come up with a Harz holiday. 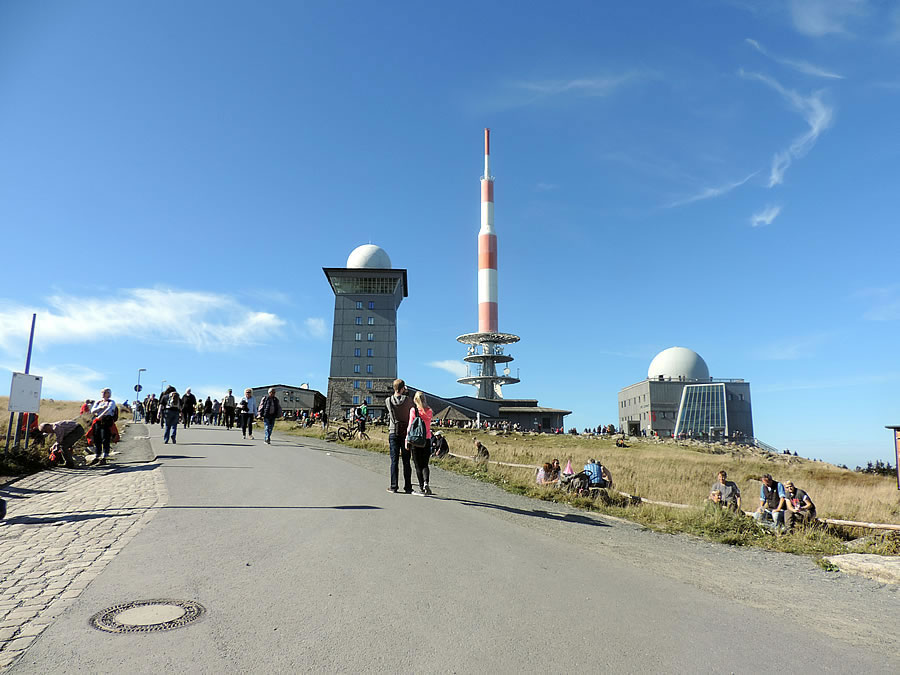 Climbing this mountain is probably a must for every Harz holidaymaker. Administratively, the Brocken has belonged to Wernigerode since the most recent territorial reform. At 1,141.2 m above sea level, the Brocken is the highest mountain in northern Germany and the Harz low mountain range. The Brocken is not passable by car, as it is located in the middle of the Harz National Park. However, you can hike or cycle up or take the Brocken railway or a carriage up. With excellent visibility conditions, the Fichtelberg, about 210 km away, can be perceived. 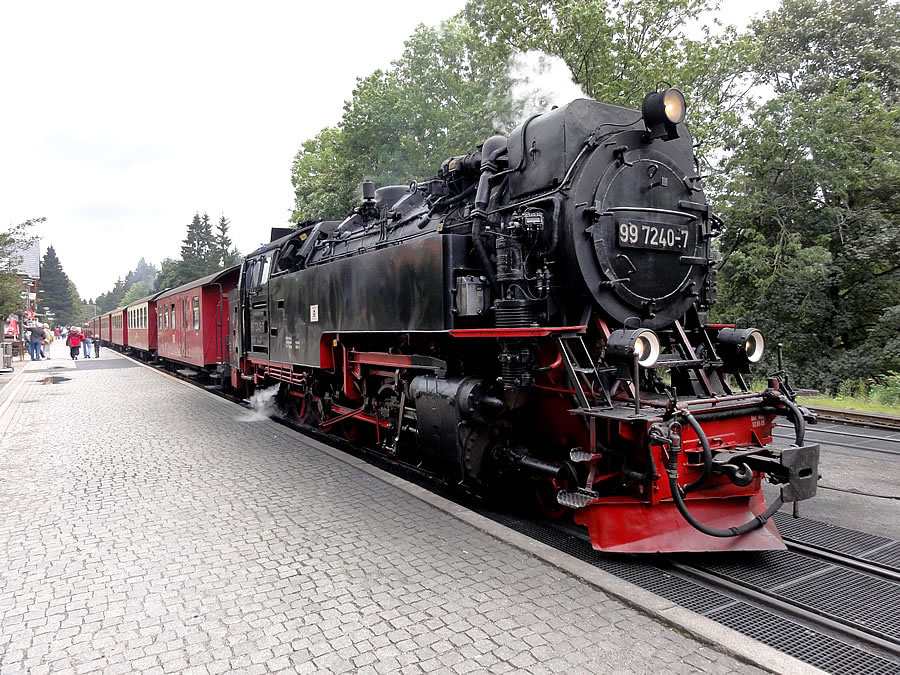 Full steam ahead through the mountains

A ride on the snorting and steaming Harz narrow-gauge railways is not to be missed. The original steam locomotives are around 100 years old. You drive through the enchanting Harz National Park up to the Brocken or across the Harz from Wernigerode to Nordhausen or from Quedlinburg to Harzgerode. The tracks offer pure nostalgia. Once you get here, you can still feel how the first strangers must have experienced the Harz when tourism came up here a hundred years ago; at that time it was still called “tourism”. Probably the most beautiful tour is the one to the Brocken.

By the way, the trip to the Brocken from each station costs the same money; therefore it does not matter whether you start from Schierke or directly from the main station with us around the corner.