Wernigerode, the colourful city on the Harz Mountains 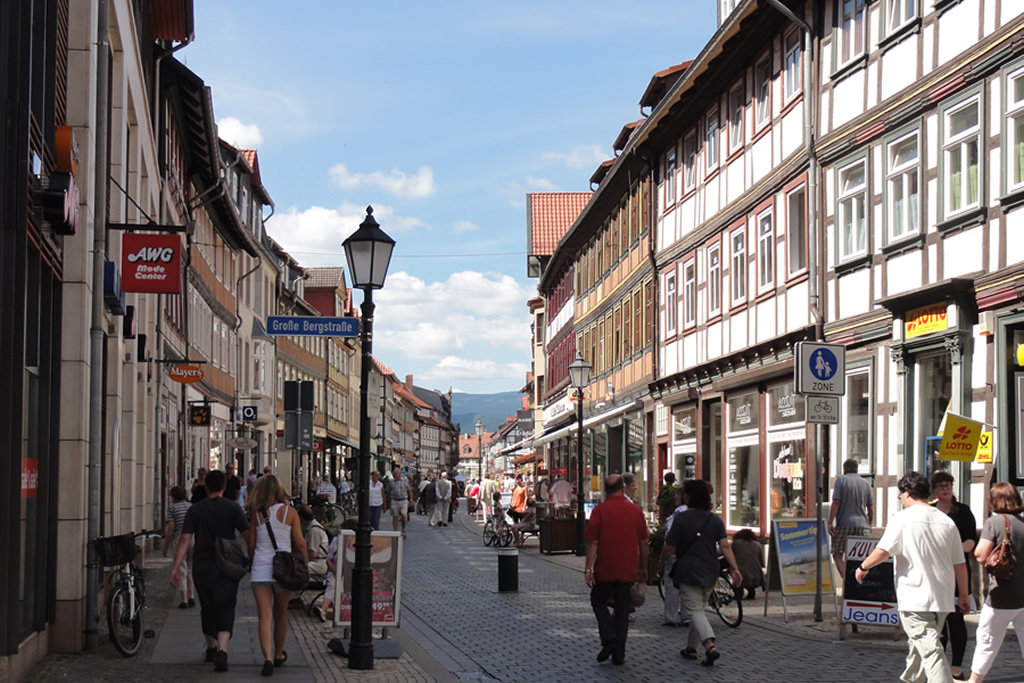 “The colourful city on the Harz”, as the poet Hermann Löns once called Wernigerode. In Wernigerode you can expect a varied cultural offer with castle festival, old town festival, town hall festival, wine days and much more.m. The place was founded in the 9th century during the time of the great clearing in the Harz. In 1229 Wernigerode was granted town rights.

Today, the city on the northern edge of the Harz has around 35,000 inhabitants. Sights include the well-known historic town hall, over 500 years old, the picturesque half-timbered houses of the old town and above all the Wernigerode Castle, located high up on the Agnesberg above the city.

The sights of the city can be reached from your holiday home in a few minutes on foot. Experience the flair of our city up close. 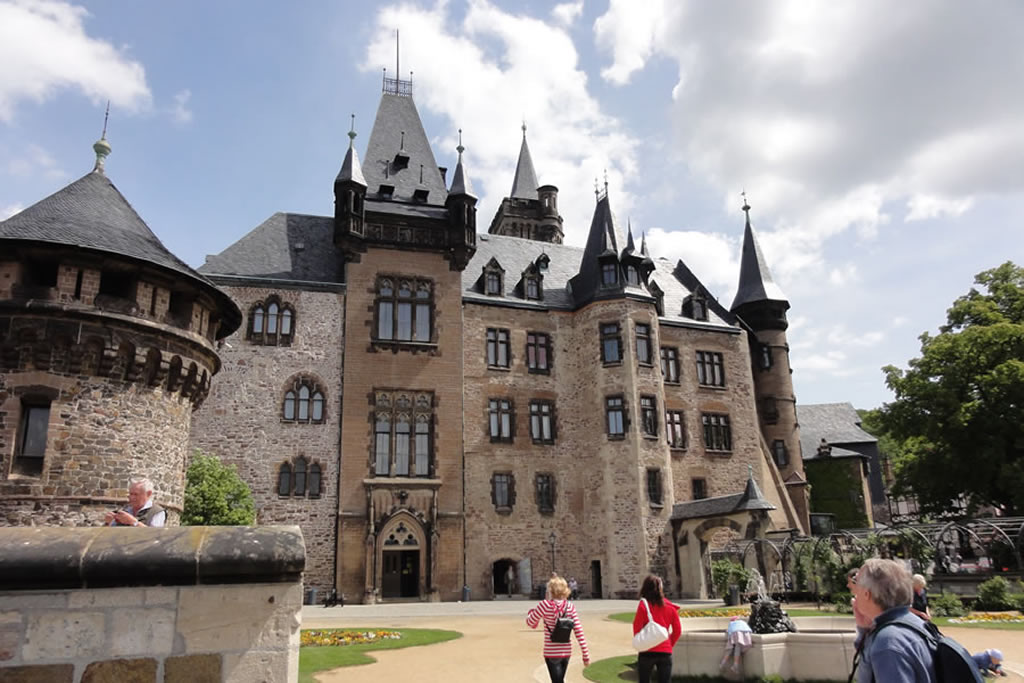 Wernigerode Castle towers high above the city. Visitors appreciate the view from the open terrace to the Brocken and over the Harz Mountains as well as the museum visit, which gives an insight into the princely life of earlier times. At that time, the castle was the seat of the princes of Stolberg-Wernigerode.

After handover to the town of Wernigerode in 1946, a “feudal museum” was built in the castle for propaganda purposes. From 1990, the castle initially operated as the “Castle Museum” and since 1998 has served as the first German museum centre for art and cultural history of the 19th century. In almost 50 rooms, original living quarters of the German nobility before 1918 as well as thematic rooms on the history of the Stolberg-Wernigerode family and the second German Empire are shown. Additional focal points are also handicrafts and furniture from the 16th to the 19th century. (Source: wikipedia.org) 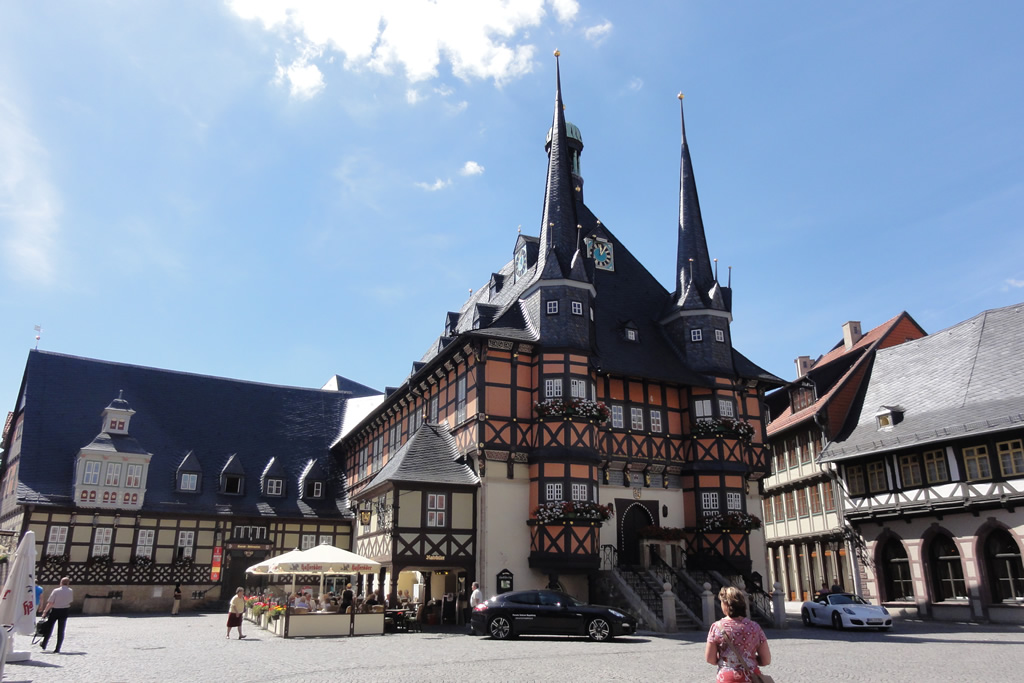 It is considered one of the most beautiful town halls in Europe. The dominant building on the market square was first mentioned in 1277 as gimnasio vel theatro (playhouse and courthouse). With the increase in 1492, the “Spielhaus” received a large ballroom, which could be entered via an outdoor staircase on the west side. Provided with a high gable, the building became the dominant center of the market square. The building, completed in 1497, already corresponded more to the bourgeoisie demanding urban representation. It received its present appearance after a fire in 1521 and a further reconstruction in the years 1539 to 1544. Particularly noteworthy are the carved figures with which the floor and roof overhangs are decorated. (Source: wikipedia.org) 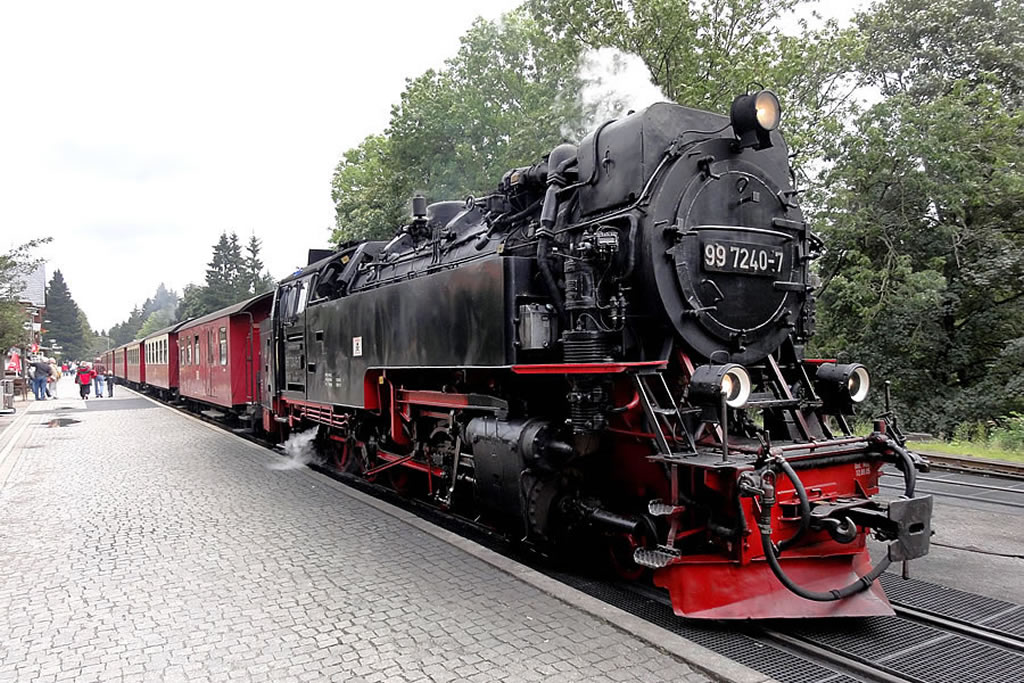 Excursion destinations and sights –
The highlights 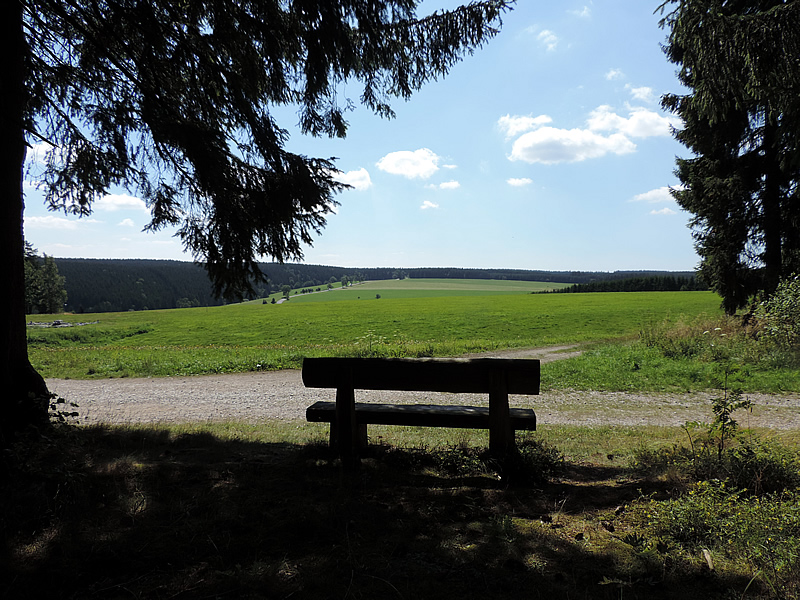 What we also recommend

In and around Wernigerode